Get fresh music recommendations delivered to your inbox every Friday.
We've updated our Terms of Use. You can review the changes here.

In The Shade Of Fire 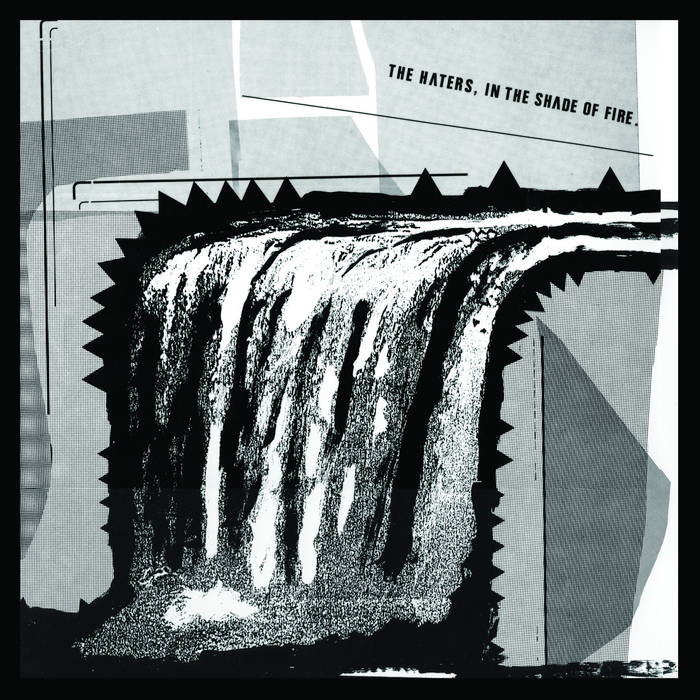 Hanson Records is proud to present the first LP from The Haters, In The Shade Of Fire, reissued for the first time on the CD format and for the first time in its original entirety. Originally released on LP by Silent Records in 1986, this digipak CD edition has been remastered by Warn Defever from the original master reels, and includes the full complete album as two of the tracks had to be shortened to fit on the original LP issue. 'Back during my Bachelor of Fine Arts, one of my fellow students was a woman who was eventually obsessed with the idea, systems, and eventual remnants of 'process'. One of her key pieces involved hundreds of raw eggs which she carefully emptied, cracked open, and systematically peeled the delicate membranes from inside of the eggs. She carefully laid out the hundreds of membranes as they assembled in a giant area to the side of the studio. I swear that she didn't even have some grandiose idea for the membranes as the peeling and assemblage system(s) evolved into something that was simply beyond any eventuality and initial idea for the piling skins of the eviscerated eggs. The deconstruction and conception behind the act of pulling apart the eggs into a vast collection of grimy, translucent membrane piles suggested something so much more than even a final constructed piece. Watching her as she realized that the true crux behind the piece was the process alone was astounding as the membranes were laid to rest to represent an almost sudden and powerful eventuality that acted as a piled testament to 'process'. The harsh sound works of The Haters over artist GX Jupitter-Larsen's long and established career also powerfully bring to mind the idea of process. Most of The Haters' works are ideologies behind something being destroyed or manipulated; the amplified and sometimes distorted sounds of the processes representing a document that exemplifies the acts carried out upon the objects, machines, or otherwise. The act of recording the processes alone is evidence of an eventuality (to possibly be edited further) in the form of a possible final piece of vinyl, cassette, or CD, but the tendencies of The Haters' material also intend the listener to experience the process of the audio lines as they were primarily constructed in the recording area. There is no doubt that GX appreciates the totemic quality of his personal objects' physical aftermath, that is sometimes documented with video or photographs, but the powerful beauty of a The Haters audio piece is the experience for the listener that acts ALSO as a final document of sound that represent clearly the certain idea and sometimes violent act. The Haters' celebrated early work In the Shade of Fire acts a document collection for the listener that also reflects The Haters strong textural aesthetic through object manipulation and recording that defines GX's place in the world of 'harsh noise'. Listening your way through the material is a studied and defined testament to different representational fragments of heavy sound and source manipulation. The tracks 'Glsam' and 'Diti' are explosive introductory and side concluding / framing pieces that highlight and pronounce the breaking and crashing down of material, all gelled with bass driven strikes whose trails deteriorate into hints of cascading dirty and dark 'Americanoise' distortion. 'Bebas' powers through a heavier dynamic with conscious falling apart of source material, but in abstracted waves that suggest the material being rebuilt just to simply fall and crash apart again with a sense of powerful futility. 'Thuch' enhances the textural elements of the explosions and crashing as the sharpness of the strikes are slightly 'rounded' at the edges to expose an almost 'gurgling' texture that moves and slaps with vicious perplexity. 'Taisic' represents a very early 'Americanoise' study of hiss manipulation that is accented with minimalist scraping that bring to mind the force of process on top of the white noise line. 'Cassas' is the album's meditated example of sharp shot-driven violence; articulated and seemingly layered for optimum cutting and breaking which bring forth sound dynamism from very physical deterioration. 'Fire 5' is an amazing example of a highly textural 'wall' of sound that, to the contemporary fan of gritty and dirty crunch waves, is a primary early example of powerful crackle lines that focus on the inner dynamism of the sound itself. All of the material discussed above is made up of elements of physicality and process, but the tracks 'Iny 1' and 'Iny 2' act, for the listener, as the 'notes' for the ideology of process and falling apart as they act as a more minimal, subtle, and exacting study of the scraping, scuffing, and hands on work of the artist as he manipulates the deteriorating materials. In essence, 'Iny 2' is an amazing concluding track that reminds the listener of the core focus and ideology behind The Haters' exemplification of grating sound via concept driven manipulation of tangible sources, the process, the aftermath, and the eventual recording that reflects all of the above sound qualities.' -- Sam McKinlay