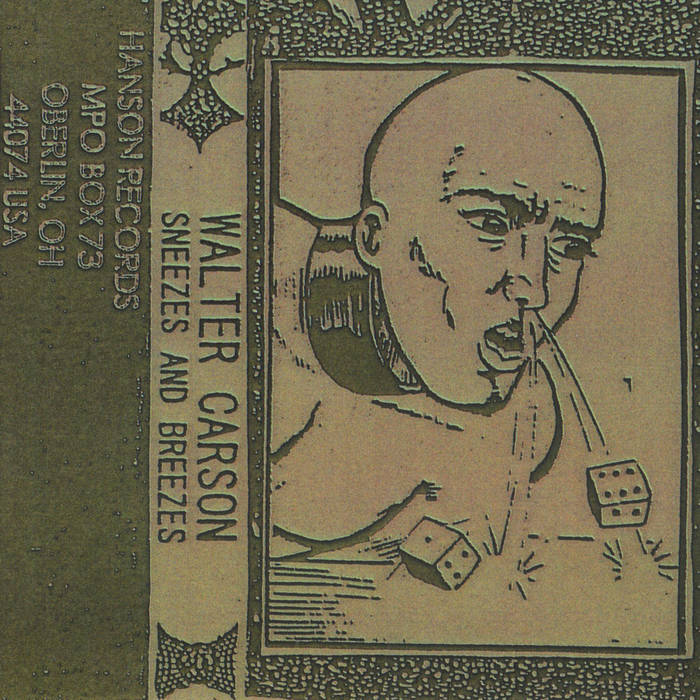 Sounds like some mice ate an old synth tape... really... It sounds like some old dude recorded some fucked up shit in school on his colleges fuckin' ARP... stuck the reels in a box in 1973... moved a few times... left em in some shitty storage unit for a couple years... moved em into the basement of his NEW place... had a "mouse issue"... saw that the mice had gotten into his old tapes... that they had actually pulled some tape out and used it w/ pieces of the box to make a nest... died in there. He tossed the whole box out... Walter Carson, on one of his nightly garbage picking runs, comes across this shitty old box of reels... "hey cool!" He dubs em "AS IS" onto cassette...then sends it to me as his master... AMAZING.

Originally released as a cassette and still available from www.hansonrecords.net